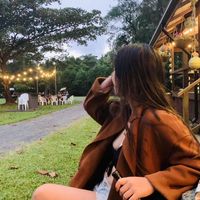 Hi!I'm a college student in Amsterdam, majoring in social science. I'm an out-going person who loves exploring the world, and so I'm addictive to traveling and making new friends all around the world.

When I'm traveling, I wanna get to know more about the place such as its people, its culture, its history and so on. And I believe that the best way to understand a place is to live with local people. I also enjoy making new friends and exchange different ideas and thoughts with people from all around the world.

Usually I listen to rock music for days and electronic &amp;techno music for party or workout.

I enjoy sci-fi movies, comedy, Adventure movies and so on. Game of Thrones is my all-time favorite. Besides I also love Marvel movies, Imitation Game, Shutter Island and so on.

The song of Ice and Fire are one of my favorite book series. But mostly I read books about social science like sociology, history, political philosophy, such as On Liberty by Mill and Social Contract by Rousseau.

skipped a week's classes to go backpacking around Taiwan XD
Solo travel Europe for a month:P
Working holiday in Australia for over a year

I could teach you Chinese language and share some culture and history about China:) And cook Chinese food for you if you're interested:P
I'm learning French and Dutch(slowly), and I'm also interested in other languages. I'd love it if you could teach me some local language:D
I also wanna learn more about Europe, like its culture, its people and its history:P

-I could share ideas and thoughts with you(sounds useless but it's fun!)
-I'd love to cook Chinese food for you if you're interested;)
-I would also share my crazy and funny stories and I guarantee you will love it:P