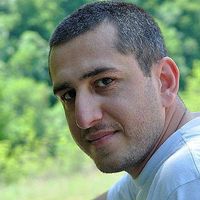 Find how to work and travel more

At least trying to be me, as I can. Don't tell me what is good or modern - I don't care about it. If I like it, I do/try/have it, if I don't I won't. Very often I make spontaneous decisions, and I like it.

... and many others on CS meetingsAll positive !

In theory, there is no difference between theory and practice. In practice, there is.