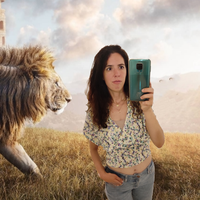 I am a Slovakian living now in Berlin (not in Bratislava). Lived in several countries before: the Netherlands, France, Germany, Spain. Speak and eager to practice 🇬🇧🇩🇪🇫🇷🇪🇸 + a bit of 🇳🇱
Instagram: Ivi Ibiza

Want to learn about other cultures, languages, can show you around Berlin