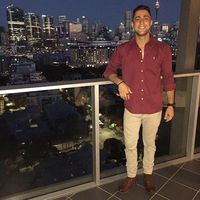 ABOUT ME
Hi, my name is Jack Michael Pighin, I’m 25 years old and originally from Melbourne, Australia. I’m currently in working/Volunteering in, Zagreb, Croatia.
For many years the dream was to hit the road to see what I could make of it and how long I could stretch it out. And doing so now.
I’ve done some traveling before to Spain, France, Belgium, Netherlands, Germany, UK, and Vietnam for a couple of weeks/days at a time. But this one is the first one without a time limit:)
Recent I’ve spent the last 3 months in Italy, Starting in Rome where I worked as a volunteer in a hostel, greeting guests, giving tours, etc.
It was my first workaway job and was an amazing experience, but way too much alcohol :P
After 6-8 weeks in Rome, I headed north spending the remained of the 3 months meeting new people, catching up with friends that I meet along my travels so far, eating a lot of food and seeing the beauty Italy had to offer.
I stand in Castle in the countryside of Tuscany, which was beautiful but way too remote for myself. The near bus stop to get to the closet shops was a 30 min walk. So a friend I made there, we hitchhiked to the city in Florence which pretty interesting. (first I ever hitchhiked:P)
I stayed in Florence a bit and was amazed at how beautiful and rich in history it was.
Then I was in Venice as in was about to sink due to the flooding (crazy how it's still there).
After that, I spent a weekend with family up north in San Martino al Taglimento. Seeing family member I haven’t seen since I was 12 years old was pretty cool, but no one told that no one at all there spoke any English. So Google translate was my best friend☺
After all that I head back to Rome to spend my birthday with the little family, I've made in Rome:)
Leading me to now trying to figure out where to next from Croatia ……..

PHILOSOPHY
Everyone you meet has a story and a lesson you can learn, if you listen instead of speak, it's amazing what you can discern (Bob Teague)

I'm in Couchsurfing because I love meeting people from all over the world. I'm so captivated of other languages and cultures.

Movies:
Walter Mitty
The devil's advocate (anything with Al Pacino)
Scent of a Woman
Goodfellas
The Godfather 1-3
Sorry to bother you
About time
V for Vedetta
Pretty much all the Marvel films
Rocky 1-6
Creed 1-2
Wolf of wall street

Books
The subtle art of not giving a fuck. By Mark Manson
Rich dad, poor dad. By Robert Kiyosaki
Screw it, let's do it. By Richard Brason
Harry Potter series

I ran with the bulls in Pamplona, Spina

- Italian and Croatian
- Cooking local dishes
- Culture
- Anything
- Everything

- Life experiences
- Waves of laughter and smiles
- Friendship
- Good Vibes
- Wine, beer or anything else to drink
- Maybe a meal, or two if the fridge is not empty