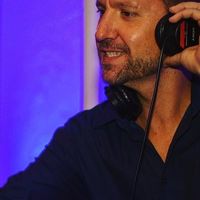 Interested in seeing as much of the world as possible, and possibly living out of the United States one day...
Currently, I DJ at a few locations around Southern California full time, though I used to work in a non-profit organization... helping train veterans, low income individuals, homeless people, and students in order to help them get jobs - gotta help as many people as possible, ya know...?
I'm definitely a giving person, which is probably what attracted me so much to the counseling/teaching field in the past as well - I'm a philosopher at heart, but am a social butterfly in the evenings haha!!

"Be the change you wish to see in the world."

I've let quite a few people couchsurf here at my Huntington location, and have had plenty come through my past Newport and Long Beach spots, but have yet to really experience being on someone else's couch - though I've already met some awesome friends through the site!!

I've seen rainbows over Stonehenge and Maccu Picchu, climbed the temples of Teotixuachan, been mistaken for a TV celebrity in Greece, ran into friends from back home in Spain, eaten pig brains and alligator meat, and broken a toe on a night train from Romania to Bulgaria... now its time for some new adventures!!