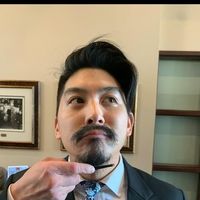 Hi! I was born and raised in East Lost Angeles. After high school I joined the Navy and lived in South Carolina and Upstate New York for a year each. And then I moved to San Diego for my last 4 years in the military. Then I attended UC Berkeley which was the total opposite of the military and I loved it. After college, I eventually settled down here in Huntington Beach.

To be honest, I miss meeting new people and listening to their stories and sharing my own. In the Navy and in college there were so many people to interact with and now it's like I'm back in my own bubble working that desk job. Also traveling to new places and couch surfing was something I always wished I did when I was younger.

And right now I'm in a fortunate position to be able to host so I'd like to do that. I prefer short stays because realistically I won't be a good host longer than two days to show people around because of work and other commitments.

I signed up for Couchsurfing last year and it's been amazing meeting so many cool and friendly people. Everyone has been so chill and very open minded, which makes sense because there's so many world travelers. It's been real refreshing having conversations that celebrate other cultures.

Favorite movies in no particular order, Princess Bride, Infernal Affairs, Eternal Sunshine of the Spotless Mind, Wall-E, The Raid, and many others.

TV shows I like are Barry, The Office, Parks and Rec, American Gods, Legion, Bojack Horseman, Game of Thrones, and Friends!

I've been told I make the best lemon bars, but really I stole the recipe from my mom.