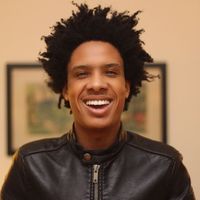 I'm a Brazilian, living in Buenos Aires since September 2016. I work as security consultant in IT and recently I discovered my love to travel.

I'm on Couchsurfing since 2013, but I never hosted or was a guest before October 2017, when I started my trip around Europe for 3 months.
Couchsurfing allows to meet new people, hear experiences and have good and bad experiences.
This is the reason that I'm here.

The amazing thing is the 3 months trip that I did around Europe, visiting 29 cities and 20 countries.