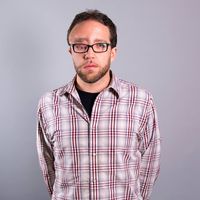 ABOUT ME
A couple years ago, I had an awesome job working in TV. But when the day came where I started to hate it, I quit and went backpacking through Europe. That's when I discovered couchsurfing. I still work in TV and film and love every minute of it.

My favorite things to do in the city are go to concerts, run (half and full marathons), try new foods and see new things. I also love to read, see indie films and drink lots of coffee.

It's hard for me to host at the moment but I make an effort to meet up with CSers and show them around as much as I can. I have actually hosted a lot more than you'll read about here, as many people I have met on CS have become friends and stayed with me on their next trip to NYC.

Remember, even in the future, the sweet is never as sweet without the sour.

HOW I PARTICIPATE IN COUCHSURFING
Surfed all over Europe and will be back. I've backpacked through SE Asia and met a few cool locals there as well. Right now I will host when I can.

I appreciate all genres from hard rock and metal (in all its wonderful forms), punk, house/electronica, folk, bluegrass and classical. My favorite acts are Muse, Flogging Molly, Social Distortion, Foo Fighters, Kamelot, Green Day, The Decemberists and Daft Punk.

I used to be obsessed with pop music because it was literally part of my job. Thank God that's over.

Got engaged at the top of Machu Picchu

I know a lot about music, movies and Brooklyn. I'm also an outrageous coffee snob and proud of it.

I'm also a photographer so if you have a camera and don't know how to use it or want to know more, I can help.

I will absolutely offer hosts a place to stay in New York City anytime they want to come. I have done it before and look forward to doing it again.

I have plenty of stories and insights which I promise will not be terribly boring and know a lot about music and movies and have plenty recommendations there too. I always buy my host a drink or two and sometimes a meal for their generosity. I full believe in giving back as much as I can to anyone gracious enough to host.