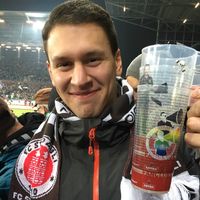 Born in Portland Oregon, spent most of my life in Washington. Was living in Hamburg Germany for around a year and a half, then moved to Seattle!

I'm on Couchsurfing to meet new and interesting people that make an effort to integrate into the community. I usually use CS for events, haven't had much luck with finding places to stay, though I haven't tried much outside of Europe

Pretty much anything outdoors, anything with beer/wine, live music, sightseeing, meeting new people, experiencing new cultures, speaking Spanish/German (not totally fluent in either).

I really like Seinfeld, Curb, GOT, Entourage, though I don't really watch much TV. I just read To Shake the Sleeping Self, it was quite good. I like Vonnegut. And I listen to all types of music

The El Mirador hike. 5 day hike into a partially excavated mayan civilization in north Guatemala. Also lived there for that entire summer. An unforgettable 10 weeks!