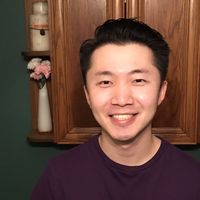 I'm an eccentric software nerd from Canada. I studied at UC Berkeley, and worked on artificial intelligence at Facebook for two years before leaving to build a startup. Eventually stopped working on that, now I'm doing nothing except slowly flying around the planet 🙌

I'm open to almost anything, I love the Killers, RHCP, and pop like Justin Bieber or Ariana Geande, and also Jazz if I'm in the mood. I read mostly sci-fi and self-help nowadays, such as House of Suns and Atomic Habits respectively.

Worked on machine learning at Facebook, protecting children from harm!

I can teach tech and business concepts, having operated a silicon valley startup. I'll be especially helpful with data products and early stage operations.

I'm interested to learn about your culture and your life story! Also I'm really bad at dancing and would like to learn that too.