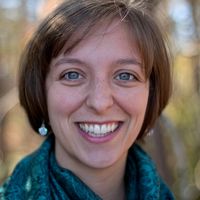 GUESTS: We have a guest room with a full-size bed (also a puppet theatre and small marimba). If you're a fan of escape rooms, you can have a lot of fun here. Not to say we lock you in and make you escape! We just have an affinity for puzzles and riddles and may have woven some into our home...

I love hosting people and being hosted by people! Getting to know new people is one of my favorite activities. Also, I like to travel without paying ridiculous amounts for hotels.

I teach singing, ukulele, and music theory professionally and for fun.
I love teaching card games and board games.
I love learning about what interests other people.
I'm learning Spanish and love learning about languages.
My husband has pretty extensive knowledge on a variety of natural science as well as a degree in "pure math" and loves exploring all related topics.