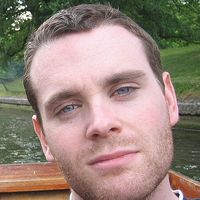 "If you don't know where you're going, any road'll take you there"

If you need private English lessons...... message me please!

Living in Ho Chi Minh City or Saigon, depending on your persuasion, working as an English Lecturer at Tan Tao University. So far so good! Previously in Thailand and Colombia teaching English.

Brought up in Norfolk, studied in Norwich, only child. Academically educated, but an amateur in terms of life experience. Looking for inspiration. A place. Sense of contentment and self-worth. Good person, kind, shy, respectful of others, tolerant. I don't think that nice guys have to finish last!

I'm a social actor, that can adapt and be diplomatic.... I can play the game.

I am sensitive myself, so apply that to others, I try my best not to hurt others feelings. To put myself in their position, if it would upset me, I don't say it.
Need to be more assertive, this is true. More self-confidence.

To be happy is all that matters ultimately...

Plenty of gatherings and events. Coffee with people and stronger things. Alcohol that is! A few times I have posted events that I feel might have a wider appeal to other members.... to get things moving on the message boards. A few surfs too.

Met many people in gatherings- one to one or events. Organised a few now. Made many friends along the way. In every city I have been I have socialised with couchsurfers. We don't need normal people! We are outcasts and proud of it!

Scoiology, people, motivations, how society influences our actions: cause and effect.

Sport- watching and participating. Football in particular. Norwich City is my team! Heard of them?

Running (will I ever do that marathon)?

Tennis. I do play, and got lumbered with being the treasuerer of my local club, now I know why others don't attend the AGM, so they're not there when the jobs get handed out! It doesn't take too long, now I know what I'm doing, so I can't complain.

For watching, being British I have to follow Andy Murray (he's all we've got)... he's more Scottish though! For personality I prefer Rafa! We are lucky to be living in an era where the three top guys are all time greats.

Can watch some Snooker, my fathers influence growing up, not everyone abroad would have heard of it though.

Like the arts generally, having the time to appreciate a good album or movie in its entirety without distraction.

Don't mind speaking politics or religion, but of course can be on shakey ground for offending or upsetting people. I normally know how far to push it though. I like to have a good debate, to be engaging, sometimes controversial. But you don't want to push it so far that you hurt someone. Difficult to judge that line. Sometimes you can strike a nerve that you didn't see coming.

Music: Manic Street Preachers- The Holy Bible is the best album of all time.... No arguments! The tone is dark, dark and dark.... alarming and disturbing. But the hooks! It really expresses a lot. Oddly cathartic when people are having a difficult time in their lives.

Honourable mentions would go to Suede: Dog Man Star..... achingly beautiful and tender but sexual, and also Smashing Pumpkins: Mellon Collie..... an epic, ambitious, double album journey of a day. The number of quality tunes that Billy Corgan knocks out, even the B-Sides, is incredible. Such depth.

These three albums were turning points in my musical taste, and mean a lot to me.

I suppose a record like Prodigy: Jilted Generation is quite notable as well.... being political and rebellious without lyrics. Post rave.... it mixed guitars with electronic music.

Like something cultural with intelligence, meaning and authenticity. That comes from a place of self- expression, and have something to say. Not just art as a commodity or formulaic tick box. Does it stand up to repeated watches/listens and through the passage of time? Only the good ones do.

I suppose this was a big moment......Aged 8, going to the heat of Almeria, Spain. My first proper holiday abroad.

It really did open my eyes to another world.... an alternative. The desert, the opposite of green England, the way of life, to be able to play out until midnight because the whole community was looking out for you, the fiesta paella, watching Tom and Jerry cartoons with the Spanish children. The language barriers didn't matter, everyone was intrigued by this English speaking pale child! I was a novelty, appreciated, not just one of the pack. I knew what the words meant on all the Michael Jackson songs!

To be able to vist Spain very often, my parents subsequently purchased a holiday home on the Costa Blanca. We used to spend a good six weeks a year there, I did for about ten years. It showed me how difficult it is to maintain a property when you aren't there for most of the time. But on the upside..... when you have that base, it is an opportunity to lay down roots, to have a second life in another community and learn.

I definantly like it there, a privilege to spend so much time in Spain.

I have also seen the Baleric and Canary islands often... also brilliant and each very different. Even neighbouring islands have their own distinct qualities.

Other interesting travelling experiences could be the Mariachi, in effect, prostitutes of Mexico City. You go to Plaza Garibaldi to purchase their services, maybe for a party at your home; the funny thing was the eager ones, all dressed in the gear, who were dashing in front of the moving traffic to try to flag them down to catch their attention!

Aruba, Palm Beach... doesn't get better. If you like the Caribbean tropical fantasy. How about Guatape, Colombia..... probably the best view of my life.

Many amazing things to come I hope.

I think you need to know the advice of the locals to get the most from the cities, it is a bit like using a bar where the locals are frequenting as opposed to where the tourists are, where they are probably being charged twice the price.

A resident will spend their whole life sometimes, getting to know their area, you as a traveller just have that short time, so use that experience.

To know a new person, what price can you put on that? A new friend, why not someone you can see again, air travel is so cheap, speak online. Not just temporary.

Even if the exchange is in passing...a brief moment, then we can always benefit from it. Time is not only something to invest in, a future contact, it is about learning and someones presence is always precious.

It is impossible to appreciate your own country without experiencing others. The grass is not always greener, but until you leave you will never know. I think we all criticise our own country?

I am house trained!!!! I have surfed three times now, although at what point does a couchsurf host become a friend in time and they offer to host you again but no need for the site malarkey and processes? If allowing for that...... more than three times! But I never overstay my welcome and always ultra respectful. Promise.