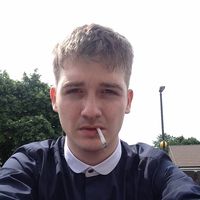 I'm Jim from Manchester, intrested in helping people out so if you need anywhere to stay for a few days/few weeks get into contact, I'll be happy to help. I currently have a flat in Ashton-Under-Lyne which is a few miles from Manchester City centre...around 30 mins on the metrolink. You will be staying on the couch if you want to stay. See pictures

I love the city I'm from and know it inside out. I would love to show travellers why Manchester is so beautiful. Also show you places in Manchester that only locals will know.

Football, Music, Travelling, Having a few beers and baving a laugh.

Played for Man Utd and Oldham Athletic football youth teams when I was younger!!

I can give you a tour round Manchester City Centre....show some other amazing places like saddleworth, Chorlton, old Trafford!