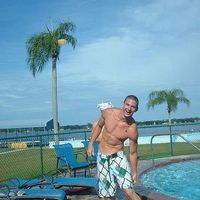 Make friends around the world!!

When I'm not traveling the world enjoying life and making relationships I am a huge fan of science and technology. Whereas many may prefer to fall asleep to the carnage of Game of Thrones, I personally find it more soothing to the voice of Neil Degrasse Tyson narrating Cosmos as I wind into the sleep cycle.

I've participated both as a surfer and a host. I surfed in Moscow, Russia, New York City. I've hosted several people from many different places including, but not limited to Russia, Germany, Egypt, and Australia. In the summer of 2014 I bought a plane ticket into Dublin, Ireland and departure from Istanbul, Turkey with 35 days in between. On this trip I visited the following countries: Ireland, United Kingdom, France, Belgium, Netherlands, Germany, Czech Republic, Austria, Croatia, Macedonia, Greece, and Turkey. I used couch surfing as well as hostels throughout the trip.

I traveled to Russia in June 2011 where I stayed with a few couchsurfers, attended weekly meetings, and met countless people through the site. Couchsurfing made my trip everything that it was. I had the opportunity to live like the Russians for a month and felt I received insight that would have been impossible without the great people I met through the site.

I also had an opportunity to surf in New York City while living in Philadelphia. This experience was unique for the fact that my host brought me to a fashion show because he was a blogger.

I sporadically moved to Philadelphia, Pennsylvania for a summer to get the experience of living in a city. Started from sleeping in a car to working at a beautiful restaurant on historic Rittenhouse Square in center city. I met so many amazing people and even got to visit New York City for the first time. Loved every bit of the trip and wouldn't trade it for anything!