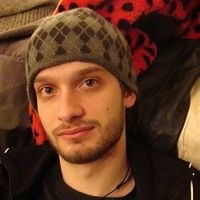 My current mission is to pay off student loans while exploring the wide world by teaching abroad!

A little about me, hmm, well I hate writing about myself like this so that's gotta count for something. ;)

I guess my participation is mostly hosting people, though I am always willing to get together with other couchsurfers and just hang. I go to the Frankfurt meetups whenever I am able as they are always a blast with lots of good people.

Too many to even begin telling. Especially books. :)

I think that one of the most amazing (or was it foolish?) things I've done in my life was skydiving in Russia. I was in Veliki Novgorod and it was like 3am and my friend and I were out drinking. We're chatting with a couple Russians who tell us they're meeting up to go skydiving in 3 hour, did we want to join them? We ask how much it it is, they say a number of rubles that roughly translates to $20 American. So we're like, well, why not?

Anyways, 3 hours later we meet up and go. Now, at this point we're still more than tipsy. After 2 hours of jump training (which involved a written test, us jumping off a set of stairs to learn how to land, and us practicing moving a parachute that is attached to a ceiling of a building, we hop onto a bus. Now this bus is horribly rickety and breaks down on the way to the site. We're like, ok whatever. We get to the airport. It's all ex-Soviet equipment, right down to the Hammer and Sickle on things. Anyways, we still are not likely sober at this point (it had been a long night). We hop into this creaky, rickety ex-paratrooper plane with our paratrooper chutes and jump out. I have to say - those first two seconds are both terrifying and exhilarating as you wonder if your chute is going to open. Well, all ours did and we had an amazing time. But it was a rush - everything was old and frightening. Can't say I would change my choices, other than to maybe be sober if I had to do it again. :)

visited 26 states (11.5%)Create your own visited map of The World or Brazil travel guide for Android

I'm a high school English literature teacher, so I might have one or two gems of knowledge to share in that department. I'm also quite into technology and computers and love to fiddle with broken things until they're not broken, happy to share knowledge in that as well.