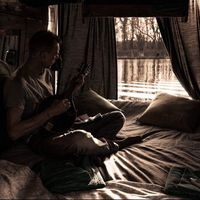 CURRENT MISSION still to see Northern lights this winter and peru for new year ABOUT ME how it all started.... I left home , a nervous, shy , wee boy , at 19 and took a one way flight to Australia with my Violin, 300 GBP in my pocket , my knowledge and training of motor vehicle mechanics which I studied after school and a year work Visa. I returned 3 years later and so it started... The Bug!!! NOTHING would ever be the same again. I have since travelled Australia , America, Cuba, Mexico, Canada, Thailand, Malaysia, Singapore, Indonesia, The Philippines, Russia, Lithuania, Germany, Austria, Slovenia, France, Belgium, Luxemburg, Holland, Spain, Portugal, Italia, CZ , Slovakia, Poland , Sri-Lanka, India, Tunisia and of course all of UK and Ireland !! I thought I wanted to be a pilot for allot of my life - so then it was time to do it ! I moved to the States , Florida and spent 6 months gaining my private licence and instrument ratings but as much as I adore flying it just didnât feel like my destiny for a career so keeping it as an amazing hobby - I returned to the UK to start a business My Grandfather was a businessman and I am like him. From even the age of 6 I was growing lemon plants and selling them to my parents friends... then a car washing business at 13 , cycle business , Auto business etc. I think i was supposed to be in business ! I started a Tour company in 1999 , having really admired one in Australia prior and that progressed within a couple of years to one of the leading operators in UK for Backpacker Travel networks covering the entire British Isle and ski transfers in Winter based in 3 valleys France which after three years I had managed to buy two hotels in England ( townhousexeter.co.uk ) and started a travel agency - weekendgetaways.co.uk But England was feeling like a prison for me - its that dam english channel... so decided to forfeit allot of my security in return for freedom :-D ( its so valuable ) and I sold one hotel in order for me to be able to move from the UK to CZ . In November 2011 , as well as having my travel agency I started myfirst Czech business and opened an E- shop selling eco products ( mainly gifts ) which I import from all round the world and offer retail and wholesale here in Czech. after understading CR was a bit limited in creative thinking i moved to Berlin and adore the vibe My new Job takes me all over europe - in my kitted out mobile van / home.... In Berlin - together with an Italian artist we took an old big house on and started a project to make it into a living / working / art / studio place. Its just now completed but was a huge amount of work. Its a really amazing place with its own jazz bar - cinema with beds - the garden pirate ship / in house italian bar that never closes and lots of wooden recycled furniture. The experience of Berlin was magical - living and working with incredible artists. After living in Poland for a year iv now relocated to edinburgh with a small fleet of campervans that I made for rental . I have 5 vans that are all like hobbit houses and are pretty much rented non stop but with some odd days in between . The income from this project is going to be for a very big dog shelter somewhere in the middle of Europe hopefully starting in 2019 My mission from here on is to help and save as many homeless and street dogs as possible for adoption and re homing from the east to the west

! PHILOSOPHY Live those dreams!!! and only be a YES person.

I think i have been lucky in my oppatunitys so far and i have really experienced some amazing things. Mostly its about just doing it and the rest follows !
from flying myself over the grand canyon to driving up 60 mile beach in Australia to just seeing the taj mahal to living on the black market in cuba and so many more.... But all my travels and life experienced have been unbelivable!