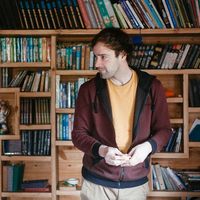 Mission: Be intentional. Differentiate want and need. Unlearn unessentials. Learn to go all the way.

I've recently (EDIT: over nine years ago now) decided to quit my job, leave my Canadian home, purchase a ticket overseas and not come back until I feel like it. That was when I was 23 - now I'm 32 years old, an avid (if casual) cyclist, freelance writer, spiritual seeker, habitual dabbler, aspiring scholar and occasional pilgrim.

In the time since I've been travelling I've become addicted to hitchhiking, camped in snowstorms, been offered dinner from Tajik mountain military checkpoints, seen Icelandic auroras, caught bees in a southern Russian village, dumpster-dived, skinny-dipped, laughed, screamed, danced, thrown up and continued to learn how little I know.

"All of us are in the gutter - some of us are looking at the stars."

I signed up on CS right before ditching Canada for this travel-thon, but I had no idea all the stuff that would happen. At the beginning, Couchsurfing was a way to travel for free and to see things through the eyes of locals, but it started getting more and more a way to connect with something marvelous and liminal.

Things have been changing a lot in terms of my relationship with Couchsurfing (as I'm sure it has with everyone who's stuck around for a few years), in both positive and occasionally irritating ways. These days, hanging out or staying with Couchsurfers often involves talking way too much about CS, ha. It takes more of an effort to break out of that box, but it's almost always worth it.

There have been lots of successes on this site. I wanted to find new friends all over the world and it happened. I hoped to get to do new things I'd otherwise never be able to do and I did. I secretly hoped it would change my life in ways I couldn't expect and, well, that's exactly what happened. Couchsurfing's won. But I'm at the point now where I don't want to just be hitchhiking and travelling for their own sake - I want to take those midnight conversations, that crazy energy, the courage, and find a way to honour and live it out in the day-to-day routine (to use that dirty, dirty word) of regular life. If that's your mission too and you're up for genuinely deep conversation and, more importantly, wanting to be challenged - send a message.

Can help to: learn basic swing dance, appreciate a poem, improve your English skills, know more about Canada and where to go when there, careen into theory, win at chess (I never do), have a good conversation.

Would like to: expand my language base, understand more about nutrition/general health, dance in your living room, find the nearest park or nip of open water, hear your story, discover different expressions of living life.

In the old CS profile there was a space for "Types of People I Enjoy" that didn't carry over to these new profiles, and I think that list kinda answers this question. I especially treasure and get into shenanigans with people who:

b) won't use words like "progressive," "liberal" and "freedom" in highly confusing and contradictory ways

c) are unafraid of humane conversations about religion or politics

g) can forgive without pretending like nothing ever happened

i) hitchhike with a mission

k) who roll their eyes at words liked "open-minded"

n) know the difference between going outside your comfort zone and just having a really, really big comfort zone

o) who, even after a series of long, hard-won victories, still realise it's all still just a game

p) who feel no shame doing the chicken-dance at weddings