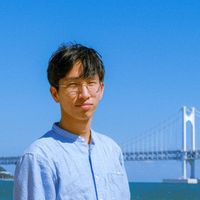 Hi! I’m Josh. People ask me where I’m from, so I answer according to my nationality. Australia. But this usually leads to a few different conversation paths. What’s my ethnic background, some ask. China. But then I tell them I live in South Korea (till Dec 2022). Yes, a bit confusing to introduce and if speaking Korean, I often make a joking reference to 정체성 혼란 (identity crisis).

I am a graduate medical student, returning to my studies in Melbourne, Australia for 2023. Before then, I am currently travelling around Europe and Asia in the semester I have off from study.

I’ve included some key information below so you can get to know me better :)

Some of my favourite books:

1) Drove a total of 28 hours across 4 days (alone) in the Australian Outback to see Uluṟu, the big, red rock in the centre of the country. Along the way, I came across brumbies (wild Aussie horses), saw amazing sunrises and sunsets, and glimpsed the starriest sky I’ve seen in my life so far.

2) Hiked from 3am till 4pm to summit Seorak-san in South Korea on what I learned was the coldest day of winter: temperatures of -20C and below at the peak, it was probably the coldest place I’ve been to date and pretty thrilling experience.

3) Went scuba diving in Cebu, Philippines and got up close to a group of thresher sharks circling the coral reefs. Yeah, I think I’m addicted to adrenalin rushes.