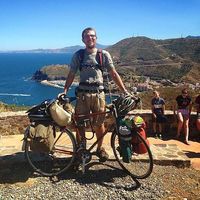 Please do not send unsolicited friend requests without an accompanying message introducing yourself unless we’ve met previously.

⚠️ I’ve been getting way too many copy/paste requests, so please make sure you personalize your Couch Request and include the SECRET CODE hidden somewhere in my profile. ⚠️ HINT: it’s not on this page. ⚠️ Don’t complain when your obvious copy/paste requests gets a copy/paste reply. Please put some effort into your request if you expect me to put any into my reply, much less hosting you. ⚠️

Please look at my “CouchRequest Wall of Shame” photo album for examples of what NOT to say. Please don’t make me have to add your request to the Wall of Shame.

Please click “Request to Stay,” to send a Couch Request, as I may not respond to normal messages alone.

I usually have two cats over, so please make sure not to let them outside. One CouchSurfer nearly let both cats out onto the street, and was politely asked to leave.

🦞 Lastly, please note that I live in Portland, OREGON, not MAINE. 🦞

HOSTING
For the quickest response, please send me a request no more than a few days to a week out. Any further out than that and the best I can give you is a maybe, actively touring cyclists excepted. I get multiple CouchRequests every single day, so don’t expect a reply until a few days beforehand, if at all. For the best chance of a yes, please send me a unique and *personalized* message zero, one, or two nights before. I get a lot of requests, but if you send me a request for the day of, day prior, or vorgestern, I can usually get back to you relatively quickly, and have no issue hosting same-night surfers when I'm available.

I'm a Traffic Engineer with years of experience bicycle touring, and as a result CouchSurfing. In the summer of 2009, I cycled over 1,000 miles around Washington state and 1,500 miles down the Pacific Coast to Mexico, including my first time CouchSurfing. In the summer of 2010, I cycled over 4,000 miles from Portland, Oregon to New York City. Since then, I've done smaller tours all over Oregon and Washington, including a week around Central Oregon, a three-day marathon of 400 miles up I-5 to Canada, and a few days on the northern Oregon coast, to name a few. In 2013, I cycled for two months through a dozen countries in Western Europe. More recent excursions include many trips through the islands of Puget Sound, including multiple rides between Seattle and Bellingham, all over the San Juans, as well as the Gulf Islands and Vancouver Island. Just last summer, I cycled across England en route from Amsterdam to Dublin via Dover and the Isle of Man.

If you're planning a bike tour anywhere in and around the Portland metro area, or anywhere in Oregon and Washington, I'd be more than happy to give you plenty of tips.

For me touring isn't about getting from point A to point B—it's usually to point Z, while enjoying every point in between. Hopefully you'd like to make another point for us to share in the experience.

Cycling, and everything that it embodies.

I studied Civil Engineering at the University of Portland, and am now working at ODOT as a Traffic Engineer, to help build our next generation of transportation facilities, including the highways and bike paths that have helped me cycle nearly everywhere imaginable. From 2016 through 2018, I worked as a Transportation Engineer for WSDOT in Bellingham and Seattle, mostly designing and building roundabouts in and around the Puget Sound.

A few songs from the last time I was out singing karaoke: A Message to You, Rudy, Blister in the Sun, 99 Luftballons (auf Deutsch), and Hungry Like the Wolf.

If I had to categorize my musical taste as succinctly as possible, I’d go with PNW Indie, 2nd Wave Ska, New Wave, Surf Rock and a few other genres mixed in for good measure. I used to have a big list, but it’s probably best to show rather than tell. Here are my top songs for 2018:
https://open.spotify.com/user/spotify/playlist/37i9dQZF1EjkIfttcFdG1C?si=4ESkgWy6SUuiJUIjhz5Fsg

Nothing that could be expressed in this tiny box. I think my thousands of photos do a better job: https://www.facebook.com/jr98664/photos_albums
http://www.instagram.com/jr98664

I have a near photographic memory when it comes to maps. Give me enough time and I can hand draw a map of the Portland Metropolitan area. I'm a bit of a transportation and history buff, so I definitely have plenty to share with you. I've got a pretty sizable collection of Cascadian road maps dating back across the entire 20th Century, and many local history books as well.