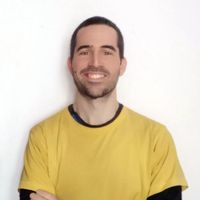 good vibes only✨ (in Sevilla and Granada cities, living in beautiful Loja, Granada)

¡Hola! I hope you are having a nice day 🌈

I could describe myself as an openminded person who loves meeting new people from different cultures, having many friends from different countries 🌎 such as Erasmus and travelers and workmates from my hostel work experience during some years, couchsurfers, and students from my work as a Spanish teacher 🇪🇸 Then, I speak a fluent English but I don't mind if I talk in Spanish most of the time with a Spanish learner.

📩 ☕ Write me for a coffee and walk, i can show you around Seville, specially Triana with the guide book I made 📙 (you can read about it below)

🌎
I love traveling, being in different Europe countries such as Italy, France, Belgium, Holland or Chec Republic and many points of south, north, west and east of Spain.

Basketball 🏀 and boardgames 🎲 lover, Yoga learner🧘‍♂️, I walk a lot and I ride a bike always.

Some of my works are on my IG profile @JuanmaLQQD

and my blog since 2011
loquequepadentro.blogspot.com

Gracias and be happy! 🌈

Also I want to share with the world my work as editor: "Triana Guide, an universal neighborhood", which is in 5 languages. About it, I am a co-author, as editor and general coordinator together with Ángel Bautista, historian, of "Guía de Triana, un barrio universal" (2019).
www.guiadetrianasevilla.blogspot.com

In resume, this is an altruistic and important proyect about Triana culture and history, that needs to be known, and that's why we wanted it should be in 5 languages: to reach any kind of profiles in the world, to any who wants to know more about this universal neighbourhood.

About it, I have been organizing sometimes a tour showing Triana using this guide followed by a drink with the people who joins, which you can see in CS events, and read about it in my comments.

I learn day by the day!