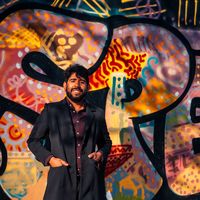 I am a Venezuelan, Latin American citizen who lives in Buenos Aires, Argentina, who is part of this interconnected society we inhabit.

In my view, social and political issues should be analyzed considering its wider complexities, while practical solutions should arise locally.

I have done many things in a relatively short span: Law School, MUNs, politics, rock bands, teaching, a Master's Degree, Data Analytics, entrepreneurship, traveling and so on...

At the moment, I am developing a Buenos Aires-based experiences business called @experiencebaires

If there's a term to define my philosophy, it'd be "Pragmatic Idealism".

During my life in Argentina, I have had the chance of meeting hundreds of people of different corners of the world, and this, in turn, opened my horizons by discovering many other places around the globe. These experiences have enriched me as a human being, as I have become aware of the importance of multicultural exchange, as well as the forces that push globalization. In this regard, I think this brings many opportunities and benefits, but also creates great challenges and contradictions, both individually and society-wide.

I believe Couchsurfing is an awesome forum that can gather people from many countries and creeds, united by one powerful reason: making the world a better place by binding people together.

I am a guitar-player and musician, so be ready for a nice jam session!

I am also a fairly good cook ¿Wanna taste and learn some Venezuelan delicatessen?

Being the acting-steward in a nice castle in the French campagne!

I can teach some guitar playing and nice music.
I can share some of my secret Venezuelan cusine.
And we can have a very nice discussion in the middle.

And you? I'd be glad to learn from you too!