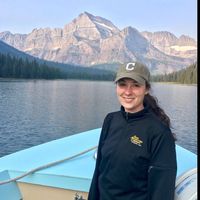 I'm a travel nurse, originally from the great city of Cleveland, moving around the country and exploring different cities. When I'm not working I like to check out new places in whichever city I am in (I'm a particular fan of independent bookstores and local Breweries.) In between assignments I like to see new cities and visit the occasional national park when I get the chance. I believe in seeing as much of the word as you can and being nice to the people you meet along the way.

I want to meet people in the places I'm traveling to, and get a glimpse of the city they know and (hopefully) love through their eyes. No one knows a place better than the locals, and couchsurfing is a great community.

I love to read and I'm open to a lot of things. I've read a lot of book that i've really enjoyed and that the first time they were suggested to me I thought I wouldn't like, but upon the second or third recommendation I realized there was something really good there.

Music is mood dependent, but I'm usually into alt-rock or classic rock from the 60's, but I like pretty much everything, minus rap/metal which aren't really my jam.