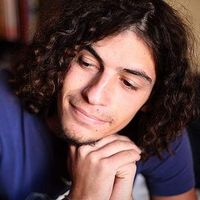 UPDATE: I AM OUT OF COUNTRY. IM KEEPING THE CS OPEN SO YOU GET SOME FREE INFO. DONT SEND CS REQUEST. THANK YOU.

Below is some info because I want to show you the cool places of Albania in case you have nobody to show you around. Places, food, experience:

Tirana: A shithole capital which you should see because it has museums, a free walking tour at 10am in front of the center, bar kafe Komiteti which is supposed to be traditional Albanian kafe but only foreigners go... still cool to visit.

Kruja: So cool, much wow. National hero defended it against the Ottomans (why not: Otto-men) and you should see. got a bazar and if you have money you can buy a musical instrument. If you had money. If you actually did, you would stay in a hostel, I'll tell you where below.

Coastline: Borsh, Himara, Dhermi, Porto Palermo... Everything. Just google "Bregdeti" and you will fell in love. Caping is nice and legal and you can do it everywhere where you don't see a house around.

Apls: Yes, we have alps. You can hike in them. Visit Valbona, Theth, walk in them.

Gjirokastra: The birthplace of the dictator and the nobel nominated writer who has o social skills.

Shkodra: Coming from Montenegro by hitchhiking? Stop there, eat food.

SLEEP:
Campig is free, do it everywhere you feel like. If random guy with AK47 shows up, it's ok, dont freak out, he is just protecting the weed in the next field. Pretend to be from US, Germany, or Canada if you are black. Pretend to be from there if you are an Albanian traveller also because otherwise they'll think you are a spy.
In case of emergence yell "Albania Very Good" and they will give you free food.
Hostels: Much standard, very comfort, wow. Hostels are rare. In Tirana I reccomend 2 of them, Trip'n'hostel and Miligona in case the first is full. Costs from 5-10 euros per night. The south doesnt have a lot. Go and ask last minute places if you want economical place.
Couchsurfing: Are you a russian blonde woman? Small boobs though? No chance. We are very hospitable country, but CS is full of creeps, you know it. They are here for free hollywood adventures. In my opinion, be careful and ask people with at least 20 references.
Apartments: Traveling in more than 1 person? Rent a room, it comes cheap.

Transportation: (Weed is coming below, i know, suspense and shit)
Dont google for the next bus, we aint Germany here. If the driver doesnt feel like, he doesnt start the bus. "The bus starts in the morning" is a real program for the busses, just shhow up. After midday there arent a lot of busses so travel in the morning.
Hitchhiking/Autostop. Hella yea, do it every time, they will feed you, give you Rakia, hella yea, Rakia, and bring you to wherever you want. Try to not take advantage of it you shitty westerner because we are poor and tip the driver 5 bucks because its a daily salary for him and 30min of work at mcdonalds for you.
Plane. Dont fly from/to Tirana because its expensive, except if its Budapest the other airport.
Always chooe Podgorica, Corfu, Skopje, our other albanian airports which happened to be out of the current borders.

Weed: ssshhhhhhh, rule nr 1, you do not talk about weed. just walk around turning your head left and right and look people in the eyes. if they like your blue eyes, they will give you free weed. If not, 3 euros per gram. If you look fat and rich, it's 10/gram because you can afford it and you have no street negotiation skills.

LGBT: You gay? cool. Tell nobody. They will know because you move even when there is no wind. Bonus points if you are a lesbian, that's the most visited category of youcorn in Albania. Dont call people "sweety" or "nice ass" on the road as you risk to be called "gay". Just kidding, they will stone you because we have that saudiarabian influence. Except, again, if you are a lesbian. All plesbans in youcorn do it with men, so it must mean that you like threesomes.
If you are a transexual, pretend to be that one from the austrian eurovision, we will treat you like a VIP.

For any other tip, dont ask me. im doing this for free. If you got offended because you are easily offended, you privilleged piece of s**t, then f**k you, stay at home. Just kidding, you fat western b*stard

Learn everything, it may be useful someday