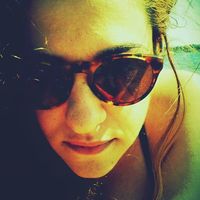 I 'm just a girl who wishes for the world!
I was born and raised in Greece. I later on moved to the Netherlands for my Master Studies and felt like the world was too big to just stay in one place.!