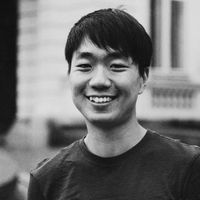 Find my way to go further

I've recently completed my MA thesis and graduated from the school, now I am holding an MA degree in international relations. I am specifically interested in former Eurasian communist states, which have been also reflected in my graduate work. Recently I started my PhD degree program in the US.

Myself originally not a Seoulite, but I've been living in this huge city for more than 7 years except my military service for 2 years and a year as an exchange student in Russia, after my graduation from high school.

I think words such as "outgoing", "easy-going", and "sociable" became a huge cliche which a CSer is suppose to include in his/her profile. Well, I can say I am a sociable person but I'm not quite positive upon everything(and I think being positive to everything may be irresponsible) so I cannot simply depict myself easy-going. I like to listen to what other people say, specifically their experiences and thoughts, and you might think I am a little bit shy at first glance but I am talkative enough if I feel the "ice" between you and me is broken. I am not afraid of mingling with others but it might take some minutes, or hours to be accustomed to. How long exactly? It's up to you and me :)

I traveled around in 12 countries(EXCEPT my homeland), and lived in 2 of them, more than a month in each country. I can speak two foreign languages enough to communicate with others: English, with some accent(actually I've not been to any countries whose official language is English), and intermediate Russian. I can also read Chinese and Japanese but I do not speak both languages.

I drink alcohol but not a heavy drinker, and I do not smoke at all(sisha/hooka/кальян is ok). I like sports, do fitness regularly, and play football and ping-pong, also enjoy hiking. but generally I do not enjoy winter sports, especially skiing and snowboarding(I can skate, though).

Participated in CS right after my travel to Ukraine(summer 2010). Thanks my friend Yener for introducing me this site!
Since then, I generally participate in CS by attending CS meetings, offering people travel information on Seoul, and occasionally meeting some of them. Oh, and of course, I surf couches when I am on the way.

Surfed once in Istanbul, once in Izmir in 2011.
Never hosted to my place, but hang out with some couchsurfers couple of times in Seoul and Istanbul.

Have no preferable genre or type, like anything interesting and sounds good to me EXCEPT scary ones and dancing pop idols(so I'm not a fan of South Korean commercial pop idol music(K-pop)).

- Russian traditional sauna(баня) on a snowing day in a small rural village near Astana, Kazakhstan.(I was completely nude with my German friends, for sure, even outside for fresh snow)
- several bridge-jumping(прыжки с моста) experiences in a small village near St. Petersburg, Russia.
- A 42-hour train ride to Ukraine and 10 days of camping along the mountains in Crimea.

I can teach you: how to write and read your name in Korean, how to use chopsticks, basic information and history about two Koreas(in case you're not familiar but still interested).

Travelling experience, memories, and many more