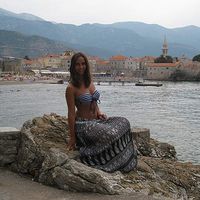 Tell smth abt urself is the most stupid and boring thing) So its better to make ur own opinion at meeting in real life.

One day I decided to get new experience, left my job and move to China in order to study chinese. Since the end of September 2016 I live in Zibo, China.

Upd
came back to Moscow

I like to meet new people, get new experience and try something new.

U make ur life and ur future

Im always curious for everything and during that year philosophy becomes my subject. Last books which i have read it abt it r books of Anhel de Kuatie (i dont know have they been published in english or not).
Its still difficult to say what is my philosophy - i have some ideas but couldnt still write them down..

I have been guest on several couches and am thankful for those people. Most of the time i just hang around my city with guest bcos it is not possible for me to host people. But once when I get such possibility i ll be happy to offer it

-Sports(especially volleyball, but besides it skiing and skating in winter time, biking, swimming), i prefer to take part in such kind of sports but sometime i can watch them on TV(especially volleyball)
-languages (especially language exchange),
-traveling,
-reeding books(i prefer to read more then then to watch movie un unfortunately i dont remember any actors who are playing in movies),
-meeting with new people and friends,
-playing card/board games(Uno, Diksit etc)
-playing with children(i was working in summer camp for 2 years and that becomes my hobby too),
cooking smth new(espesially cooking exchange) ..

So Im interesting to discover smth new in ordinary life and its boring just to seat in one place and do same job(or study).

Life never becomes boring when u have something to do)

It's sometimes easier to say what I don't like :)

As i said previusly im curious abt everything, all kinds of movies and books(but prefer books).
I can speak abt books a lot and always ready to read some books which someone has offered for me.

I cant name all books but i like russian literature(such writers as Bulgakov, Dostoevskiy), i like detective story - but just good detective story(last books were Stieg Larsson`s Millennium series"), i like historical books (Chyngyz Aitmatov who wrote abt russian history and way of russia, future).

With movie its more difficult.. I like movies and comedies of Sovet Union time ( for example Kidnapping, Caucasian Style or The Diamond Arm), some modern movies (as Klass (its on russian) but on english it would be as Group of children).
Its interesting for me to wacth movies together and then discuss them. But i prefer to read...

I like music but same as with actors i dont know song names,i dont remember them.. I adore guitar - i was studing to play it couple years ago but havnt got enough time..It doesnt matter language on which singing person - the most important is sound of guitar - when i hear it the world around me still no exists)
Sometimes i can listen strong music such as metal or rock but it should be special mood for it)

I visited Baykal lake, was hitchhiking in Europe,China, was in the city above the Artic circle and saw the parking of atomic ice-breakers