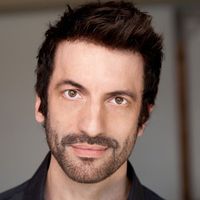 I've moved! Am no longer in my legendary apartment in the center of Seattle, but in Bremerton, a beautiful ferry trip away from downtown Seattle.

You'll likely get a quicker and more favorable response from me if you use the word "hippocampus" in your request message :) Also, speakers of German, Dutch, French, Spanish, Russian and Italian: I love getting requests in your mother languages.

I've got a head full of great memories of hosting amazing humans from all over the world (over 1100 people from 2004 - 2013 when I stopped hosting regularly). So even though I'm probably too busy to be the Ultimate Host anymore, I do enjoy hosting travelers when I get the chance. So go ahead and request... I just might be able to put you up for a night 3 or more in the cozy little house I just bought. If we're lucky, I might have time to accompany you on an adventure, but most of the time I'm too busy to hang out....

I run a small business in central Seattle, and also spend much of my time in the city rehearsing and performing in theatre. I'm also quite involved with my Burning Man camp, who always love to meet my couchsurfers.

Found myself homeless one night in Barcelona back in 2004.

The Adventures of Baron Munchausen, the War on Drugs, and Gilgamesh.

Also this: https://www.youtube.com/watch?v=CnhWDMc2928
(though, unlike my friend Dom who made the video, I do often let couchsurfers wear my clothes).

Hiked to the top of Masada and watched the sunrise over the Dead Sea. On my birthday.

We'll learn plenty from each other when meet.

I bribe my potential hosts with haircuts. Seriously. I'm a pro.