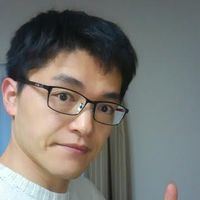 I'm a 33 years old Japanese man.
I had been in Japan since I was born, but now I live in Mumbai, India for work.
I grew up in Nara, which has many many deer, the Great Buddha, and the Horyu-ji temple.
I joined one of the biggest Japanese banks, after I graduated from the Kyoto University.
At first, I had worked in Hiroshima for about 3 years, which was the first place attacked by the atomic bomb.
I had worked in Tokyo for about 5 years.
I've been in charge of corporate banking for over 10 years since I joined the bank.
I came to Mumbai in May 2017 and will be here for about three years.

I like talking with people, especially new people for me because I can learn many things and perspectives I don't have.
I'd like to know various ways of thinking, which widen and deepen my thinking and view.

I joined CS in Feb. 2016.
I attended events in NYC, Singapore and Tokyo.
I met CSers in NYC, LA, Singapore, Tokyo and Kyoto as well.

I got the award twice by the president of my company.

I like meeting new people and learning from their lives.