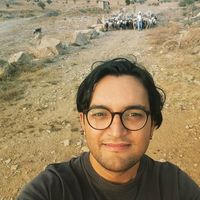 CURRENT MISSION
Disclaimer: I've written this profile 5 years ago. Some things have changed others stayed the same :).

Turn into a new person. Rebirth. Finish a degree in computer science and climb my way to a PhD in Artificial Intelligence. Enjoy this life by discovering it.
Outcome: Finished PhD in neuroscience.

My friends would say that I'm driven by my curiosity, that I try a bit too hard to make sense of the modern world and that I am funny when I'm speaking English but I randomly introduce a french word to emphasise an intense emotion. Somehow I also keep some Eastern European pessimism among everything else :)

My interests are studying mathematics, philosophy and languages. Any time that I have left would probably spent searching to feel new emotions, possibly from an extreme sport or by visiting a foreign place.

Mr Nobody, The Fountain, The Sacrifice( Tarkowski), Fight Club and that's it.. I stopped watching movies, too time consuming :)

Number 1 : Arriving in Montpellier. I learned french in school with a very stubborn robotic accent. The people there were speaking ten times as fast and it seemed like they were singing all the time. The sheer beauty and splendor of the city made me feel like I closed my eyes and never opened them until it was time to leave that place.

Number 2 : Reading Albert Camus. Something about his stories were so vexing and penetrating for me that I knew I had to change something in my life