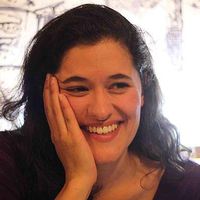 "The world is a book and those who do not travel read only one page."

When I can, I offer a room in Santiago (Chile) for interested visitors and I'd like to be hosted in other countries around the world!
I wanna share my culture with others and learn from and with you.
I'd be pleased to take you out during the day or night ;)

I've hosted several times in Chile. Usually if I'm not too busy, I can show you around and if you're a night person, we're definitely gonna go out at night!!!I've also met people for drinks or coffee.And if you just want some tips about Santiago or Chile, I'd be pleased to send you an e-mail with some *chilean* info (not only the tourist side).

I've survived a pandemic.
I've seen the Dalai Lama.
I've been to Easter Island.
I've seen the Taj Mahal.
I've slept in the desert (no tent nor bach).
I've sung on stage at the Glastonbury Festival.
I've been on TV with my band.
I met Samuel L. Jackson and Billy Dee Williams ('Lando' from Star Wars).
I've been lost in a mountain when it's dark.
I've been told legends by a Maori.
I've been to 5 Madonna concerts.
I've been to the Middle of the World.
I saw Amy Winehouse live in concert.

I can teach you some Spanish. I was a Spanish teacher in England.
I don't know every grammar answer, but you could learn to say several things in my language!

A bit of my country (Chile).
My joy and point of view of the world.