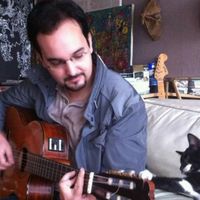 To become a 'certified' Globe-trotter (lol)

Well i am lazy , fearfull, and always complaining! Let's say I'm French ...HAHA Kidding !
To be honest, people describe me as a naive, discrete, conscientious and serious young man/ Also, at work my colleagues find me funny . I guess because of the fact that i was shy while i was younger i little by little became a joker; yep i like making sarcastic jokes at the office

I'm a bit resigned in this insane society we're living in ("it's all about the money..." for those who remember the song from the swedish singer MEJA.)
I haven't a clue to stop time nor catch it.
Then, my advice to you would be to appreciate relaxing moments with relatives and friends each time the moment and the atmosphere are suitable. If your situation allows you to enjoy pleasant experiences, then go !! :)
When you can seize the opportunity, you must go for it

Nowadays i'm leaving in a basement but do not worry, it is fitted out and eqquiped. I can host like 1 or2 people.(on the sofa bed). On summer time it is possible to lunch/dinner outside in the garden. The landlord allows me to invite people.
If i have free time, i can show you the pearls of Paris or Versailles(other famous city not that far).

A friend a mine (A french girl living in Ireland) told me about the couchsurfing concept on september 2011, while we were gazing at Bavarian landsapes.
I thought this concept to be a great one but did not set up any account ...well the result is the following : i 'm dying to travel again abroad (ok i spent 5 days in Bulgaria on Summer 2012 but that is not enough, i want to push it a bit further :)))

Books : "Journey to the End of the Night" from the author Louis-Ferdinand CELINE / "The Shadow of the wind" from Carlos Ruiz Zafon / "Ashes, ashes" from the French author BARJAVEL / "Steppenwolf" from Hermann Hesse/ "The Master and Margarita" Novel by Mikhail Bulgakov...

Also, I like books dealing with History (from Mesopotamia to 20th century!!) , Esoterism and politics.

Let me think about it and I will tell u later :)