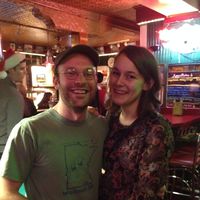 I'm a 30 year old male who enjoys running, rock climbing, spending time with friends, and drinking beer. I'm an airline pilot and am constantly in transit to one city to another. Couchsurfing allows me to avoid the hotel room walls and meet interesting, engaged, curious people.

I'm Couschsurfing so I can make new friends in cool places, and return the hospitality of so many people I've encountered while traveling.

I rebuilt an airplane and flew it across the United States.

I've also been able to develop the best friend group in the world. My friends are like family.

Sure, I'm open to all of those things.

I've traveled a lot and have a lot of connections in Central and South America, Asia, Europe, and Alaska. I'll share my stories of traveling, mountaineering, and flying as long as you'll share yours

I'll try to leave your place nicer than I found it. I was a Cub Scout. So I can also build you a balsa rocket if you would prefer.