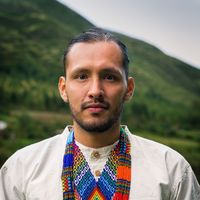 If I contacted you first, please read properly my profile.

HOSTING INFO:
My name is not Tayta, Kalli, Ricardo, Arequipa, or whatever I wrote...
it’s just the simplest way to know if you read profiles or not… Now… find out which is my real name by reading profile...

About me:
I'm interested in Basketball, Sustainability, Spiritualism and Anti-Speciesism. Désobéissance collective.
As well as Traditional Medicines/Plant Masters such as Ayahuasca, Peyote, Wachuma, Kambo, Bufo, etc.
I can share San Pedro/Peyote if you feel it.
Enjoying Yoga, fasting and trying Meditation, past lifes, Ashkanic records, etc
I’m a portrait photographer and videographer since a few years now after surviving a period as automotive quality engineer and having dinners with presidents, blabla…..

Recently I was traveling in Central America and Colombia after backpacking 3 years in Europe, mainly trying to practice bikram yoga and meeting genuine charcarters.
I like languages, I hope to speak Russian decently hopefully soon to be able to travel and connect easily in those former urss countries. Also learning Polish, forgetting my Italian, learning basics In Hebrew and Arabic and Lithuanian . Help is needed there.

Well yes, I somehow like numbers and competition...ego is hard to kill...

I erased most of my photos... you can see some photos of me and former surfers in the fb link
https://www.facebook.com/rentachambre/photos_stream
IG: Valdiviarte

Don’t you dare to call me Peruvian! ;) (or anything else) I’m from AREQUIPA ;) authentic cholololo characato ;) ....(100% Pedigree certified with Arequipenian passport)! I will show it to you if you ask for the privilege.
If you didn’t get it before, Im vegan, vegan as f.., so don’t tease me ;), truth can hurt sensibilities

Sharing is caring....w ri te San Pedro in Cuoch re q us t too ;).
I discovered that meeting different people helps you understand better this crazy world... and makes traveling more meaningful.

I used to mix in the best bar in my home city... loooong time ago...
if we can exchange music it'd be great... looking for new Ikarus, or tribal songs
If you sing and you recorded your own songs, I’d be pleased to be part of your audience

On the other hand, I'm very Humble but these people strongly disagree tho:

Positive
After he tried Ayahuasca ,he gave me all his hidden fortune, so I became the richest man in the world. Thank you :) w r ite ayahuasca.

I can teach you to dance salsa and bachata if i have enough time - and I you speak any uncommon language, please teach me basic phrases,I can help with English, French, Spanish or Portuguese
Trying to learn Russian, Hindi on my own... Polish .... Вы можете мне помочь? :)

I can try to open your eyes if you are not vegan .... I can try in a nice way :) without pain, like with kids…. But if you are reading this, if you made it this far, First… Bravo and second, if you are not vegan… don’t try to tease me or repeat old senseless arguments to justify eating dead animals, I can be mean ;)

I will SHARE as much as I can, but I'm not charity and I don't like feeling treated as...
Beers, wine and the air mattress, I can't help you with advice about Paris, Valencia or Arequipa or organise your next trip to Peru .... also some fruit :)