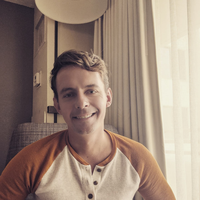 If you want something in life, reach out and grab it

Grew up in Poland, lived in Slovenia for half a year, earned MBA from a business school in Pennsylvania, lived in New Jersey, then worked in Connecticut for a global asset manager, worked on a contract in England for a year, then moved to Washington D.C. Metro Area working for government agency, got a master degree in Cybersecurity - and now living and working in Southern Florida!

Travelling has became my middle name. It started in 1997 when I joined a dance ensemble in Poland. Spreading Polish culture and the beauty of Polish national dances allowed me to visit many many countries. In 2009, I spent half a year studying Management at the University of Primorska, in Slovenia; and one year later, I was part of the summer Academic Exchange Program for Students, in Moscow.

In 2012, I had the pleasure of joining a hitchhiking race for students hitchhiking from Poland to Rome.