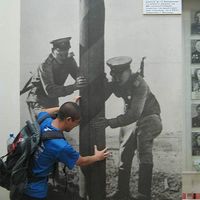 People I've hosted (based on nationalities of the surfer; listed in chronological order from the first surfer of that nationality to surf my couch: couples, families, bands and teams count as one surfer; 0.5 = surfers who are dual nationals):

Places I've surfed (based on location and not the nationality of the host; listed in chronological order by the first time I surfed there):

If I surf your couch, it probably means I'm on my way to or from a competition. I definitely love sports, and competing around the world is a great way to travel. Of course, sports are not my only interest. I also love learning about different cultures and languages, and generally choose my competition destinations around places I would like to learn more about.

I like listening to music from all over the world. I listen to everything from classical to heavy metal. I read any book I can get my hands on. Movies on the other hand don't really interest me. I don't have the attention span to sit passively for two hours.