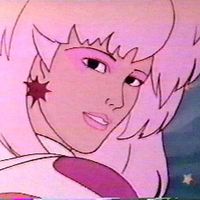 I love Canada, though I was born in the U.S. (but I'm not one of those ex-pats who hates the U.S. and everything it stands for. every country has its faults and glories) I get excited by all things French, Celtic and Russian, though my ethnicity is Slovak. I ALWAYS think "it's a great day for hockey!" and I have no idea why "twitter" is a big deal... I'm a profanity connoisseur. I appreciate the English for finding such creative ways to curse and hope to one day be so adept. I'd like to stay in Europe for a few years. backpack... teach english... Currently living that dream. ;) I think I'd be a really great roadie. I think a lot of things. I need to grow up. (But that doesn't mean I'm going to... ;))

Just be a good person. it doesn't matter what religion (or non-religion) you practice (or don't), what culture you call your own or what area of the world you're from. Just be kind and respectful of others around you. That's all what matters in the end.

I've done a lot more hosting than surfing and occasionally attend local CS events when I can.

COUCHSURFING EXPERIENCE:
through CS, I've met people from countries I may not have the chance to travel to, experienced cultures on an intimate level no film or book could offer and discovered cities as if I've lived in them all my life because I was fortunate enough to have an exceptional guide leading me around. if you're new to this train, it's a damn good ride! ;)

I'm a hurricane survivor. I moved to New Orleans one month before Katrina and was displaced for 5 weeks. After I returned to NOLA, I stayed for another 1.5 years to live, work and help with the rebuilding process. It was the most amazing experience of my life before I moved to Slovakia. :)

4 weeks to the day after I moved to Slovakia, I was mugged. I fought back, however, and was able to keep my belongings. I broke my hand (and hopefully his cheekbone) in the process, but it was worth it. It remains the most terrifying moment of my life yet has become my absolute favorite story to retell. :)

I can offer loads of useless and strange facts about Bratislava and SK in general. I can also teach you to cook a few Slovak dishes. And if you'd like, I can help you with your English ;)