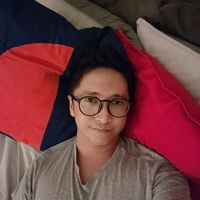 I'm Indonesian living in Toronto, Canada. Prior to that I lived in Seoul, South Korea for 6 years where I got my Korean language skill and in Jakarta, Indonesia the city i born and raised.

Dreaming be a pilot but landed in corporate legal world. Pretty much occupied with the work but always trying to get little time to relax and do some fun.