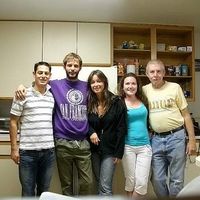 I really like hosting, and I hope to surf much more in the future. I also like attending and hosting local CS events.

I've slept on a lot of couches in a lot of places over the years, but I am relatively new to the CS organization.

My experience with CouchSurfers is that the ones I've met are almost all way smarter than the average bear.

I worked on a scientific team that made the first complete human chromosome-specific cosmid libraries from flow-sorted DNA. This was back in 1988, in the early days of the Human Genome Project.

Studying and practicing the I Ching. Can do readings, and willing to learn from those more advanced than me.