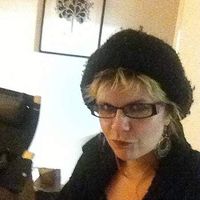 go travel and go stay, at the same time

I am a multinational
multicultural
cocktail of experiences.
Sometimes I am a bit too much even for myself.
I grew up all around the place- mainly Balkans, a bit of Africa, pinch of Central Europe at all times being 1/2 Irish.
I was in Ireland twice. Five days in total.
So: as long as I don't have to explain where I am from, I'm fine.
That being said, I love telling that story.

just do it- think later- analyse if paid for it.

By doing everything yellow flag tells me to do ..

took a bite of almost every dish on a CS menu
hosted surfed met people worked organized promoted randomized experiences
and look forward to do more!

I like both Rashomon and Two weeks notice. For a long time my favourite movie was Big Fish.
As for music, when I write i listen to Nick Cave and Cohen, when I go out I listen whatever DJ wants to share. Not too picky, if there is a good company involved.
At the time I read Pratchett's Fifth Elephant, greetings from Ubervald from Sam Vimes &amp; co..
although I must say I do prefer the witches trio as characters

Teach: how to pursue your dreams &amp; goals, ESPECIALLY if they look silly+ unattainable.
Learn: any kind of physical activity (i do need to start moving more)
Share: a wok of veggies. for a start.