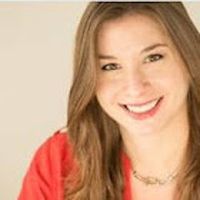 I spent 8 years working in New York City and San Francisco developing a career in digital advertising/business consulting. Finally, I decided I wanted more than sitting behind a desk. So I quit my job, and started traveling the world April '16. After two years of travel, I returned to the U.S. and am currently living in Austin with sights on entering the craft brew industry.

I'm laid back and love conversation. Active, social, and always up for an adventure. I'm looking for beautiful cities and beautiful people. Wanting to learn and teach in the places I visit.

I also love cooking, so you might be in for a good meal while I'm there!!

Let me start by saying that I'm really against people who use Couchsurfing as a "free place to stay". I think that defeats the purpose of why this community exists.

Most of my travels are funded through guesthouses, actually, since I stay long-term. But I always prefer a more authentic experience through locals, which is a wonderful thing Couchsurfing has to offer. I've made a network of friends here (many of which I still speak to, or meet again while traveling), and I make an effort to attend Couchsurfing events in the areas I visit. #CS4Life 😜

Drank water from a Patagonian glacier.
Hiked Bali's highest active volcano... in the dark.
Rescued a kitten in Bosnia (who's now living like a queen in the UK).
Sold everything I owned twice.
Traveled the world, domestically and internationally, for 3 years.

TEACH: Let me cook you an American meal!
LEARN: Appreciating the moment
SHARE: Some pints of local craft beer