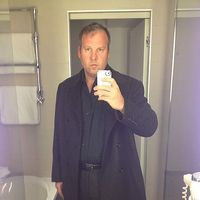 travel the world, see the sights, and meet the people, been to 65 countries as of December 2015.

Just exactly what do you have in mind?

Film producer and attorney for a charity doing worldwide energy efficiency and for the startup VC tech stuff. I travel a great deal. It is my conspicuous consumption.

I more likely will host rather than stay. I have a home in Miami and in NYC. I would love to meet people when I travel to a new city.

I spend most of my time in Asia, between China, Hong Kong, Indonesia, Thailand and the Philippines.

By the way, my negative review is from a guy who was upset I didnt host him. We didnt communicate and there's no basis for it. I contacted CS but they've not removed it.

Steinbeck, Hemingway, William Gibson. Lots of non-fiction.
Casablanca is my favorite. Far too many to mention.

I've travelled to over 60 countries. I'm always so interested to see new things and meet people of a different culture. What is the most amazing thing is how similar we really all are, when one stops to think about it. I'll never stop.