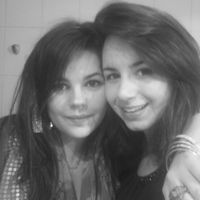 As everybody here, I want to travel in a different way. And I kinda like couch. At least, I don't hate them.
Being an usual tourist is not what I want to, I want to meet new people who know their place and can introduce me to their cities.

I am not currently hosting because as an Erasmus student, I don't have extra place...

Enought to keep a conversation going.

I guess I have some electic taste...

Music goes to Bob Dylan and his friend Marley to the XX, passing by Years and Years, Florence and the Machine, Elvis (not kidding), Elektrik people, Arctic Monkeys, Blood Orange, The Posies,...

Speaking of Books, can't pick one. But I do read, and other thing that historic books my teachers are asking for.

Trying Law School. The worst Idea ever.
Going to live to à country I never went before with 0 notion if the langage.