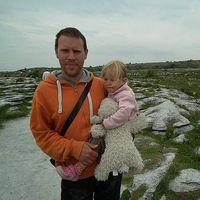 I'm a member of Scouting Ireland.

I was active in hospitality club when I lived in Cork, then kids arrive... we moved to small town...
We still hosted some people anyway...

Mostly in hospitality club as host...

nearly any music. Folk and traditional music, jazz, blues but some punkrock as well...