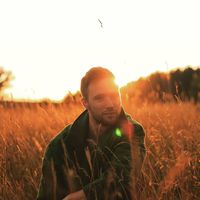 I come from Vilnius, Lithuania.

I like quinoa, sunsets and stand-up comedy. Adding "visiting new places and meeting people" would be a cliché. But yeah, I like that too.

In late September I will embark on a 550 km-long adventure in Italy - walking the Via degli Dei (Path of Gods) from Bologna to Florence and Via Francigena from Lucca to Rome. In other words, I just wanted to say that I also like walking.