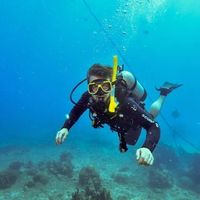 UPDATE OCTOBER 2019: I’ll just continue. Maybe I’ll delete the last some time. Now I live in Chicago!! I’ll be here for a few years. I have an open couch in a convenient spot so accepting guests again finally!

UPDATE April 2019: I thought I would leave the above just to look back on. All the above trips have happened and made even more couchsurfing friends, and did a bit of surfing myself! I am not based in Chicago for an indefinite amount of time. So this means travelling a different part of the world!

I will be back up accepting guests again soon once I get myself settled into an apartment. In the short term though, I will be doing some more travelling, so hit me up hosts and travelers! I'm going to Colorado 420 weekend, then Cuba and Mexico in early May.

Seriously, couchsurfing is the best community of people. That is why I am on couchsurfing.

ORIGINAL PROFILE: I've done a lot of travel over the years, and the best part of it has been the people I have met along the way. In recent years work has got in the way of doing so much travelling, so I figure why not meet the people without going anywhere.
As such, I've opened my couch up to couch surfers the last few months and met some incredible people and made a lot of great friends from around the world. I definitely do not regret hosting any of them.
Although I have been stuck in Sydney lately, I do have a few trips coming up where I'd love to do some surfing after hosting so many guest. New York City over New Year's Eve, and Russia and Austria in June/July next year.
Also, if you dive, I'm always looking for a certified dive buddy to hit me up!

Traveling, photography, hiking, scuba diving, fishing, motorcycling, food (both making and eating), learning about other cultures, space (all things nerdy and down that path), nature and wildlife.

Lots of experiences of travelling to share if you have any interest (I say that because I won't bore you with stories of places you don't care about). I offer great conversation and get along well with just about anyone.
I can also cook for you if you like. I'm no master chef but can definitely pull something together to show thanks and I'm sure you will enjoy.