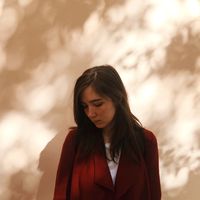 I born and spent almost all my life in St. Petersburg, also was living and studying in Finland for two years and then came back to Russia. I love everything about art, cinema, photography and design. Travelling was always one of my favourite things, which inspires me so much! I'm in love with northern nature and Scandinavia, Scotland, New Zealand and Iceland :)

- The Secret Life of Walter Mitty

I love travelling and meeting new people, helping others with tips. I like the whole concept of CS: when you meet locals, host travellers, even becoming friends with people from all over the world. It's a great chance to learn about different cultures and explore the world together.

Photo and cinematography, art, flowers, indie and instrumental music, rock music, spring, warm ocean, forests, mountains, cooking, exploring, catching the moments, breakfasts, summer evenings nearby the fire, adventurous and fantasy books. I grew up with Harry Potter and Lord of The Rings and they are still my favourite stories.

I can talk about movies for ages and I love almost all genres, except horror and really stupid comedies. And I think that it's unfair to compare such movie as "The King's Speech" with, let's say, "Guardians of the Galaxy". They're both awesome and they're absolutely different.

So here's a small list of films, which I like the most:
LOTR, Harry Potter and the Prisoner of Azkaban (yep, it's just the best), Whiplash, Interstellar, The Grand Budapest Hotel, Fantastic Mr Fox, Before Sunrise, La La Land (I love it and don't care that many people think that it's just "hipsta movie"), Like Crazy, One Day, Ex Machina.

I also like playing videogames, such as: Don't Starve, LOTRO (yeah I know it's old and graphic is bad and blah blah blah, but I still love it), Portal, Tomb Rider, Wolf Among Us, Life is Strange.

When I just turned 18, I went travelling alone to the USA (NYC-LA-SD). It was one of the best experiences of my life.

As I'm highly involved in Instagram community and mobile photography at all, I can give you few advices you how to make great shots with your smartphone :)