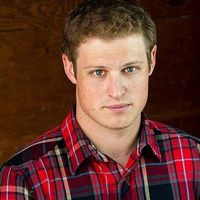 I'm a jack of all trades in performance and tech. Mostly an actor, clown, and carpenter; and tho I do a little of everything, I always want to learn more. I live in Los Angeles and travel to San Francisco often for acting gigs and auditions.

Traveling allows me escape from my own perspective and routine, meet new people, experience new culture, food, and way of life, see amazing and historic places, help make others a little weirder, be an ambassador for being open, and of course have fun.

(From when I first signed up - I'm a freshly graduated guy figuring out which of tens of thousands of things I enjoy I should make a life or. Theater, circus, sideshow, film, computers, science, reading, biking, hiking, silks, rock climbing, partying, finding random beaches at night with friends and telling funny stories. Ya know.)

Bring a little absurdity into the world, explore, chat, create.

I love to travel and host when I can!

Most recently went to Croatia, Hungary, Italy, Morocco, and Denmark, and Sweden. I've surfed in Sarasota and Gibtown, Iowa City, Chicago, and hosted people from around the world.

I have used the site to host and surf for a while, though I've been living on couches and friends floors for a long time. And of course having friends (and friend's friends) crash at my place.

Rode a camel through the desert as the sun set, through the cold night into a Bedouin camp where I ate amazing food under the brightest stars of my life.
Saw plays in West End theater when living in London near Kings Cross.
Skinny dipping in Santa Cruz Ca, South Beach Miami, and Brighton England.
Ask me for more!

I cook and would be happy to make you a meal. I also have a knack for wandering and finding awesome random things to do.