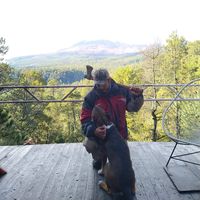 after some years here on cs, time has passed now im more interested in nature, ecotourisim, survival skils, and mountaineering.

philosophy is the base of everything, and a congruent way of live according what you say, think and do.

wake up alive in this crazy times :)

once i falled in love, now experiencing my loneliness greatfull for the past.

climb an erupting volcano and watch the ashes from close.

a humble place to sleep take a shower, and cook
advices of what to do in mexico.