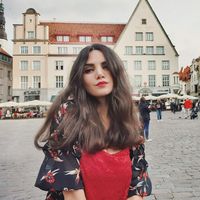 To figure out what my mission is.

I think this is an awesome opportunity to meet interesting people from all over the world and make new friends. I really like the idea of having a network around the world.

Movies: Sans famille, Fight Club, Mr. Nobody, Inception, Keith, The Pursuit of Happyness, Eternal Sunshine of the Spotless Mind, The Legend of 1900