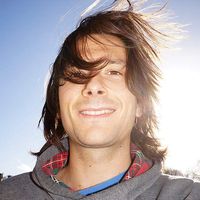 A picture is worth a thousand words :)

It was so fun back in the day.

You can do anything, you cannot do everything.